Saturday, April 29 was a day of Climate Awareness marches in Washington, DC and around the world.  In Port Angeles, some 600 concerned citizens from across the Olympic Peninsula and beyond came by bike, by foot, by carpool, and by busloads.  Some presumably swam, like this pod of orcas from Port Townsend!

The event was organized by a tireless group of activists from Olympic Climate Action and supported by the Sierra Club North Olympic Group.  Led by members of the Klallam Drum Group of the Lower Elwha Klallam Tribe, this non-violent march moved with good spirit through the sidewalks of downtown PA in the rain.  The majority of bystanders and local businesses showed their support and expressed an understanding of the importance of the issues being raised on this day. 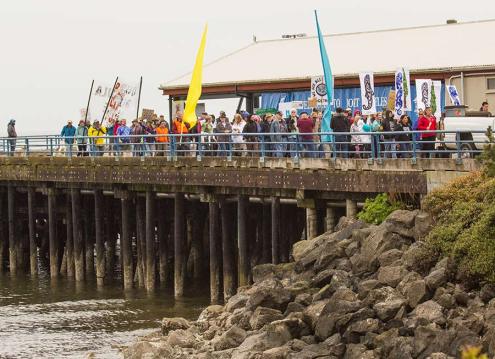 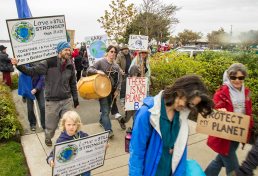 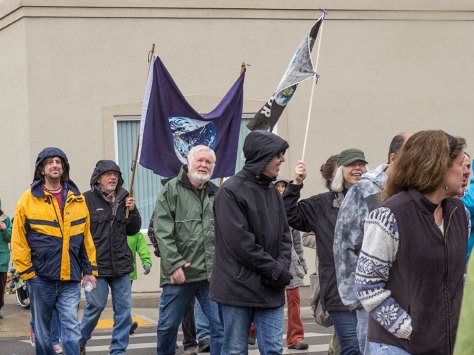 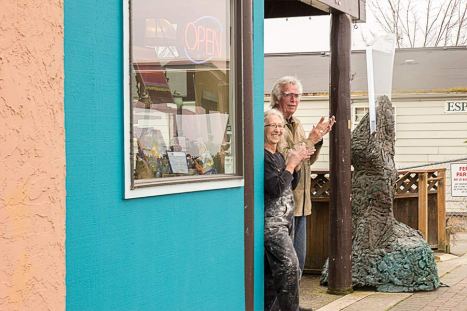 Climate change is real and now. Most of us get it. Humans must act in ways to limit its effects, and deal with surviving the changes that are here and/or on their way.

Give a rousing cheer for the many unsung citizens who took an afternoon out of their lives to make this a worthy event.  Even the clean-up crew!

Check out the Peninsula Daily News story about this March for Climate, and some of the interesting commentary that follows.