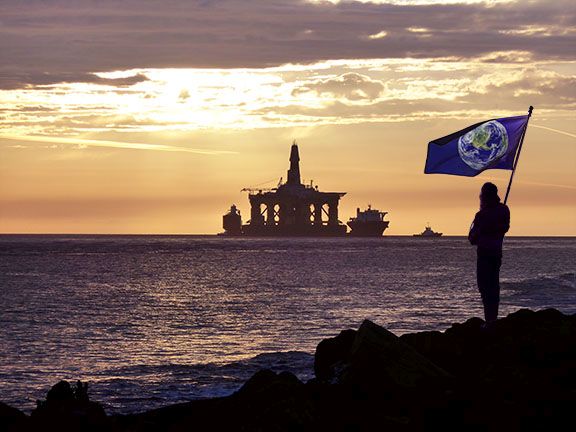 Members of Olympic Climate Action will be at the Port Angeles Farmers Market this Saturday to stand in opposition to the Shell oil drilling rig currently moored in Port Angeles Harbor.

ought to set a limit on carbon emissions.  Yet they spent $55 million on lobbying in the past five years, generally to protect their interests in oil.  They know the world can’t afford the consequences of burning the oil that would come out of the Arctic, even if they could guarantee that they can safely extract it.  Their rush to drill the Arctic is a cynical bid to pump the last dollar out of the ground, consequences be damned.  And the tiny financial blip caused by their rig in our harbor pales by comparison with the benefits to our local

OCA will also conduct a “nickname the rig” contest; the winner will receive a $10 voucher for the Port Angeles Farmers Market.