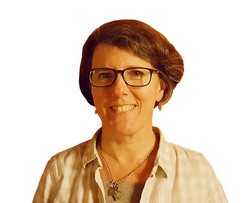 If you’re into games of intricate strategy and tales of suspense and mystery, you’d probably enjoy water law. You just have to be extraordinarily patient for the solution.

I attended an online workshop about the future of water banking and water trusts in our state last week, and witnessed many clever minds honing sophisticated arguments pro and con for each proposed policy, dissecting the strengths and weaknesses of this angle or that tack.

Water law evolves via serial legal challenges these days, so it makes sense that a state agency would get multiple bright legal minds to weigh in before its policies get quashed in court battles. It appeared to be a very productive workshop.

Water law came about in our state originally a century ago to settle conflicts of demand for a resource whose supply varies by season and year. It was written in Olympia by politicians without nearly enough data or input from stakeholders – but try inserting new information now and you’ve got an instant court case.

Water is a political hot potato, so most rules are made in court.

When automobiles became faster and more common about a century ago, laws were passed to require driving on the right side of the road. “Share the road” for the safety of other people as well as the driver and passenger(s): it was logical and effective, and people were motivated to make it work.

When small children want another’s toy we teach them to share, trade or take turns. Negotiate and compromise – useful lessons for life at any age, and much more efficient than going to court.

If we could re-make water law with the science we have now and with all stakeholders, how would that look? Probably a little like the workshop I attended, with a diverse group of bright minds sitting down together, listening and applying knowledge and common sense to crack a very hard nut.

There’s an ancient model for making difficult policy that is presently gaining traction in nations around the world. The idea is to assemble regular citizens who agree to sit together, listen, ask questions, negotiate and recommend actions and policies by consensus or super majority.

The aptly named “Citizens’ Assembly” model comes from ancient Greece and involves selection of a large number of people by random lottery to represent all residents of the city, state or nation.

Selected individuals choose a chairperson and use this “deliberative democracy” process to recommend policies to their governing bodies, which consider them in a public forum. Usually between 100-1,000 people participate, each committing to several-hour meetings each week over two to three months.

As a way of getting new laws on the books it sounds too good to be true, to me – but in fact it has been done before, even in the U.S.: apparently, randomly-selected Texans worked together in the mid-1990s to shape the state’s energy policy.

In 2012, Ireland used a similar process to tackle multiple controversial issues; one result was a ballot measure to legalize same-sex marriage, which passed with 63 percent of voters. Their current Citizens’ Assembly concerns gender equality, but is delayed because of the pandemic.

Presently, in both France and the U.K., assemblies to tackle climate change policies are underway; both processes moved online when pandemic lock-downs began.

In Olympia there is now a group of citizens with support from several legislators hoping to start an online Climate Assembly for our state, since legislation and initiatives to set a price for carbon pollution and re-capture aren’t getting anywhere.

If it works, there are several more political hot potatoes waiting at law makers’ doorstep.

Once sharing the road was accepted as law, the population was motivated to keep driving and agreed to pay road taxes to directly support their new mobility on streets and highways.

To get equitable, effective and widely-accepted carbon pricing we’ll need motivated citizens to agree to assemble.

Share, trade, take turns. Deliberate, negotiate. It’s worth it to avoid difficulties like we have with incomplete water law and short-lived, court-ordered solutions.

This is one of those years when it would be hard to convince a newcomer that we have had or ever will have a water shortage. After all, it’s July and our cumulative rainfall is way above average and the mountain snowfields appear much larger than recent years — all true, but precipitation at the Dungeness SNOTEL station in the mountains is just 80 percent of normal.

The question now becomes, will the Dungeness River drop below 105 cfs (cubic feet per second) at its gauge near the mouth or stay above that late summer low flow which is a target for salmon restoration? If the flow drops below 120 cfs at the upper gauge, irrigators will curtail their planned diversions — which affects their production and income.

Stay tuned here or watch the flows change at waterdata.usgs.gov/nwis/uv?12048000.

Ann Soule is a hydrogeologist immersed in the Dungeness watershed since 1990, now Resource Manager for City of Sequim. Any opinions expressed are those of the author and do not necessarily represent policies of her employer. Soule’s concerns about water in the Dungeness watershed can be represented by a moniker other than “Water Matters,” so she asked the Gazette to rename this space the “Water Column” last month. Reach her at columnists@sequimgazette.com or via her blog at http://www.watercolumnsite.wordpress.com.