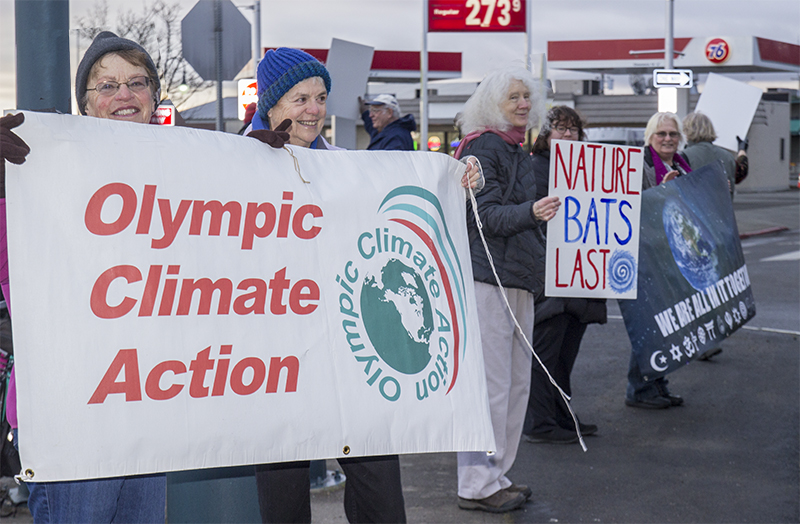 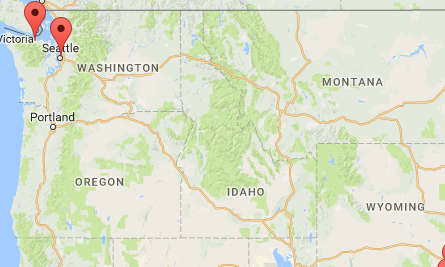 That pin in the upper left is us, not Victoria…in the entire Pacific Northwest, we and Seattle were the only places to hold “First 100 Hours” rallies to begin the resistance against the Cabinet nominees of Donald Trump.

Twenty-eight hardy souls were out in the middle of the street early this morning to spread the word, and we got much support from passersby.  More support than from the Port Commission, who said it was inappropriate to lobby other government bodies such as the U.S. Senate. This was just prior to a long discussion of whether they should lobby state government to extend the halibut fishing season!  Oh well, Profiles in Courage it wasn’t.

But the good news is that two out of three Port Commissioners acknowledge that human-caused climate change is a serious problem that must be seriously addressed.  That’s a good thing for our local community, as the Port controls some of the most vulnerable assets in Clallam County under the threat of climate change.

Pictures from the rally are on our Facebook page.