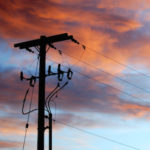 This September, the Draft 2021 Northwest Power Plan was released. The 2021 Northwest Power Plan, once finalized, will help determine how much clean energy and energy efficiency the Northwest will use by providing a blueprint for power system decisions throughout the region. It comes at a critical time, when the Northwest needs to replace the energy and capacity services from retiring fossil fuel resources to meet aggressive, economy-wide greenhouse gas reduction goals in Washington and Oregon. And the region is more seriously considering removal of the four lower Snake River dams to support salmon and steelhead recovery.

The NW Energy Coalition held two webinars to inform our members and allies on how to get involved. We shared the strengths and drawbacks of the plan, and talking points and information for participating in public comment. The Coalition found that the Draft Plan does not provide a fully balanced role for energy efficiency, flexible demand and storage. In addition, the current Draft Plan, does not clearly chart the pathways that will help the Northwest achieve a fully decarbonized, clean energy grid at the earliest possible date, while at the same time improving reliability and affordability.

The NW Power Council held four official state hearings on the draft Power Plan. Testimony for each hearing ranged from 12 in Oregon to 24 in Montana. At each opportunity we saw turnout and support by Coalition members and allies.

The NW Energy Coalition has a long history of advocacy on regional power planning, beginning with the first Council plan in the early 1980s. We hope that you continue to help us keep this momentum by letting the Council know which parts of the 2021 Plan you support, and those that should be improved. The Council is taking input from now until November 19 to submit written comments.   We look forward to continuing to work with the Council as the Power Plan is finalized.

Thank you,
The NW Energy Coalition