The power, and limits, of local action 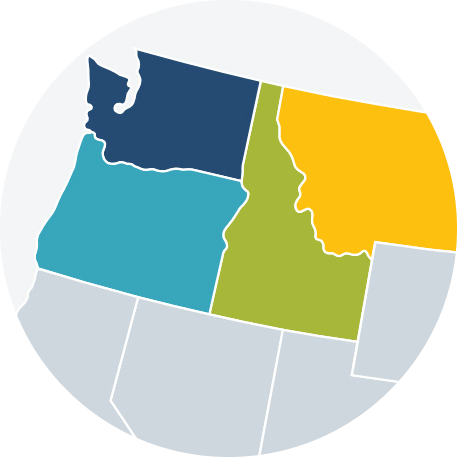 That would take a New Zealand-style, all-forests cap-and-trade system

Nestled in the southwest corner of Washington, home to coho salmon and the occasional spotted owl, the Winston Creek carbon project is extending rotations on 10,000 acres of forest. By delaying harvest from 40 years to 60 years and letting these trees continue to grow during their carbon sequestration prime, Port Blakely, the forest owner, hopes to double the biomass of its forest.

Send a letter to Congress, now

President Biden is breaking promises and caving to pressure from Big Oil. This administration’s policy on fossil fuel extraction from public lands and waters is nothing short of a climate bomb.

Urge Secretary Pete Buttigieg’s Department of Transportation to protect our communities and fight the climate crisis by banning LNG by rail.

Sign the Union of Concerned Scientists’ petition and urge the Biden administration to follow through on their campaign promise to restore scientific integrity to our federal government. >>

Are Oreos and Ritz Crackers Causing Our Rainforests to Crumble?

The market research is in: Some like it salty and some like it sweet, but no one likes deforestation and widespread misery. Mondelēz International — the maker of famous brands like Oreo, Tang, and Triscuits — gets an F on deforestation and human rights. Mondelēz has connections to massive, human-set fires for oil palm cultivation in Indonesia — fires that put 10 million children at risk. And the story keeps getting worse: Mondelēz suppliers have caused major deforestation in the Amazon — a planetary treasure quickly reaching no return.

Carbon footprint. You know the term, right? But do you know where it originated?

In other words … YOUR FAULT.

One example is the Tidewater region of Virginia, where sea level rise is causing frequent failures of home septic systems. In Virginia alone, over 1 million homes rely on individual septic tanks.

The Build Back Fossil Free coalition is officially changing our name to People vs. Fossil Fuels.

Is Vanguard Sinking the Climate Ship?

Vanguard is a major investor in some of the mining and oil companies causing irreparable harm to the Amazon rainforest and Indigenous peoples. Vanguard is not only financing destruction and rights violations in the Amazon but also financing climate catastrophe worldwide. Read full story

A daily newsletter by Grist

Might Democrats Actually Be Showing a Little Fight?
Backlash is there for the taking

With its recent spate of wildly radical decisions, the Supreme Court in essence ruled that anyone should be able to carry guns, women should have to carry babies, and the atmosphere should carry ever more carbon.

These were body blows to American norms, each of them despicable—and taken together they offer a once-in-a-generation opening for the drifting, desultory Democratic party to find itself.

Electric vehicles shouldn’t be just for rich folks
In the nearly 2½ years since I last wrote about electric vehicles, some things have changed — but too much has not.

70,000 Acres of Federal Land Were Just Handed to the Fossil Fuel Sector

In direct violation of warnings by the International Energy Agency that new oil, gas, and coal development should have ceased in 2021, and by UN Secretary General António Guterres that government support for fossil fuel production is “delusional,” the federal U.S. government closed out the second quarter of the year with thousands of acres of federal land on the auction block before oil and gas interests. In total, developers scooped up access to over 70,000 acres of lands held in public trust in Colorado, Montana, Nevada, New Mexico, North Dakota, Oklahoma, and Wyoming for $22 million — which advocates say is a paltry sum when compared with the billions of dollars the climate crisis is estimated to cost annually in association with oil and gas extracted from federal lands.

Could This Ancient Farming Technique Be a Climate Solution?

Terracing has been used for centuries to help prevent fire, moderate temperatures, and make farming possible even when water is scarce.

Surrounded by the waters of the Strait of Sicily in the far south of Italy, the island of Pantelleria is made up of 32 square miles of black volcanic rocks with no source of freshwater other than the 16 or so inches of rain that fall each year. Yet, traces of the first farming terrace on the island date back to the Bronze Age, 16 centuries B.C. On such terraces, Zibibbo grapevines grow in hollows to trap moisture near their roots. The olive orchards are low, too, and capers, the other major local crop, stick out from dry stone walls.