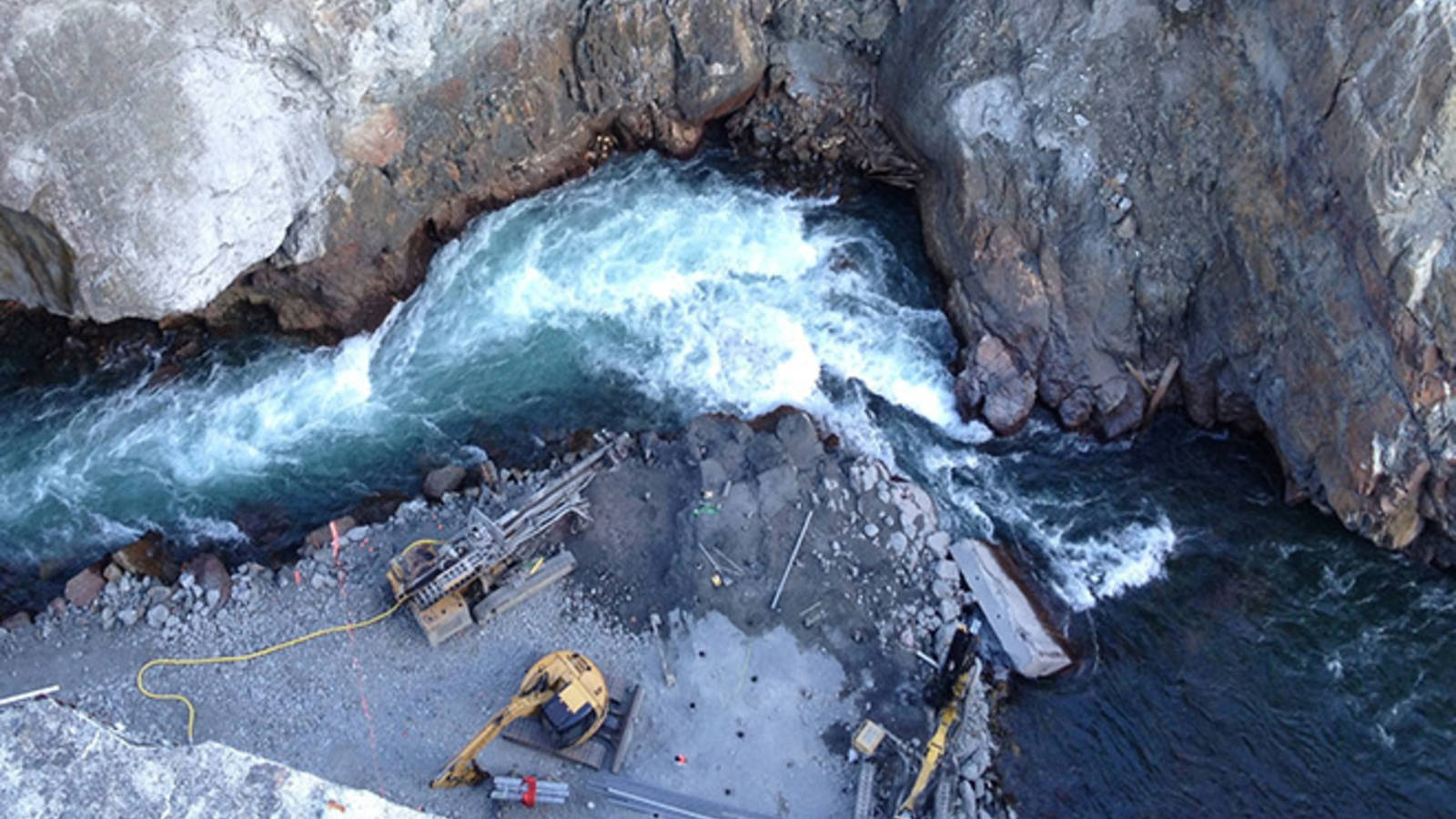 It took nearly a century for people in Clallam County to decide that damming the Elwha River was a mistake, although the tribal people had opposed the notion all along. But finally the day arrived for the big ceremony to begin the process of the largest damn removal project in the history of our country. Dignitaries gathered on top of the dam, and those who looked down into the waters of the river saw salmon still trying to swim upstream, bumping their heads against the dam.

When the dams were breached, a torrent of water, silt and sludge roared down the mountainside, sweeping along huge rocks, towering trees and debris along with it. All of the researchers’ careful calculations had seriously underestimated the massive amount of silt that had been trapped by the dams, they realized, as the unbridled torrent roared for days.  As the dams emptied, people ere worried whether any living creatures would be able to survive the onslaught.

But once the water began flowing clear, reclaiming its old channels and altering the landscape, within no time life began appearing at the edges, the boundary where the river met the sea. The beaches expanded the mouth of the river and new land appeared, bringing the message that nature still alive, was eager to thrive in new ways, once we humans get out of her way and accept the messy tumult required to erase our past mistakes.

May the river’s message be a prayer for us all as we’re hurled through our current tumultuous uncertainties.

One Reply to “The Teaching of the Dams”