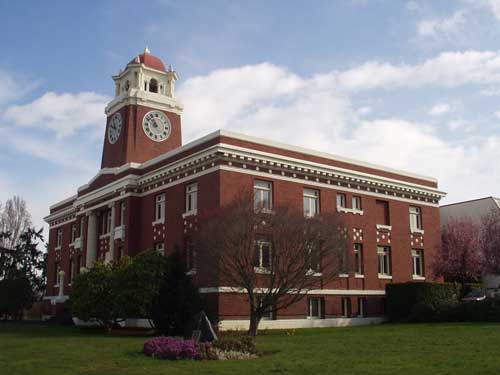 At their June 19th meeting, the Clallam County Board of Commissioners unanimously adopted Resolution 2018-62, reinvigorating planning and action on climate, shepherded by Commissioner Mark Ozias.

In this resolution, the Commissioners note local impacts of climate change including “increased likelihood of storm surge and coastal flooding…low snowpack resulting in drought and water shortages…major fires…advance of invasive species, and ocean acidification.”

Clallam County had previously passed a Climate Action Plan in 2009, calling for an 80% reduction in greenhouse-gas emissions from County government operations by 2050, and a climate-preparedness resolution in 2016, but neither has led to significant action in recent years.  This resolution puts life back into County action on climate by:

OCA member Bob Sextro spoke in favor, saying, “The past 30 years have been very kind to us on climate change; the next 30 years probably won’t be. This resolution will help the County continue the dialogue, continue the action, and move forward.”

Thanks to Commissioner Ozias, the other Commissioners, and the OCA members who helped shape this resolution and move it forward. We look forward to working with the Commissioners and the community on these issues.